Leader of the Green Group on Bradford Council Martin Love is calling for a radical overhaul of rail across Yorkshire following another year of “woeful” service for rail users across Yorkshire and a failure to implement targets to replace older trains. 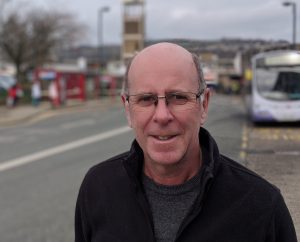 On 2 January, rail fares will rise on average by 2.7%. Meanwhile the most recent performance figures released by Northern show that between 10 November 2019 to 7 December 2019, only 40.5 per cent of its trains arrived within a minute of their scheduled time - a drop in 5 per cent from the month before.

Northern had pledged to decommission Pacers by late 2019, but it confirmed earlier this year that it will fail to deliver on its promise and Pacers will still operate on some routes across the region in 2020.

The Green Party is also demanding that both Transpennine and Northern step up their game and ensure rail services are adequately staffed.

Councillor Martin Love has said “2019 has been another year of woeful performance on our rail network and the British public deserve better.

“Not only are rail users across our region left waiting for trains that are often late, but when and if they turn up they are either old, falling apart or overcrowded – sometimes all three.

“We are increasingly being told that many services are being cancelled due to either ageing trains needing maintenance or because of a lack of staff – it is pretty basic stuff.

“They have had years to recruit and train new staff. We wouldn’t tolerate shops not opening because they didn’t have enough staff to open so why do the management of the train lines think this is ok.”

“Hopefully, we will soon see the pacer trains phased out across Yorkshire but some of the other train stock being used on other lines is also past its sell by date.” 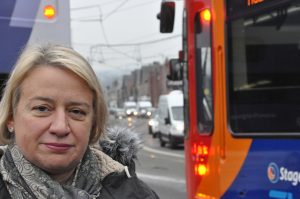 Sheffield-based Green peer and former Party Leader Natalie Bennett has said “Many of our cities here in Yorkshire are some of the most congested and polluted in Western Europe and public transport needs to be part of the solution.

“When Arriva where awarded the contract to run Northern the number one objective was to ‘help the economy of the north of England thrive by offering good quality rail services for travellers across the region.’

“Nearly four years in, it is clear to anyone that uses the trains in Yorkshire that Arriva have failed at this objective. The leadership team at Northern have shown they are not able to deliver the reliable rail system that we need and if this had been happening in London something would have been done by now.

Northern is the largest train operator in the country stretching across most of the North of England from Liverpool to Newcastle to Doncaster. It serves 528 stations – about a quarter of all stations in the country.

Natalie Bennett continued:“The Green Party is calling for sweeping changes to transport policy including ditching Arriva. Our trains need to be run not for profit but by a publicly run rail company where rail users are placed first and profits are reinvested back into the network – as happens across most of Europe.”