A different Sort of politics

On 6th May, not only will you elect your local councillors - but you will also elect the first Mayor of West Yorkshire.

The new Mayor will oversee an annual budget of £38 million - with new powers over regional transport, education, housing and regeneration.

Whoever is elected will have the power to appoint a Deputy Mayor after the election and hand them considerable powers.
The Green Party has selected Hawarun Hussain, a former Bradford Councillor and NHS worker.

Andrew and Hawarun are running on a joint ticket for Mayor and Deputy Mayor - so that when you vote Green - you know who you’re getting.

Andrew and Hawarun will only accept the average West Yorkshire salary of £26,000 per year. The West Yorkshire Mayoral Salary of £105,000 is excessive. It is even more than the £81,000 an MP gets paid we believe strongly that the Mayor’s salary ought to be linked to the fortunes of the people they seek to represent. The remaining £79,000 will be donated to schemes to help community organisations that are suffering financial hardship and can’t find help from any other source.

On May 6th, vote for a Green Mayor and a #GreenFuture. 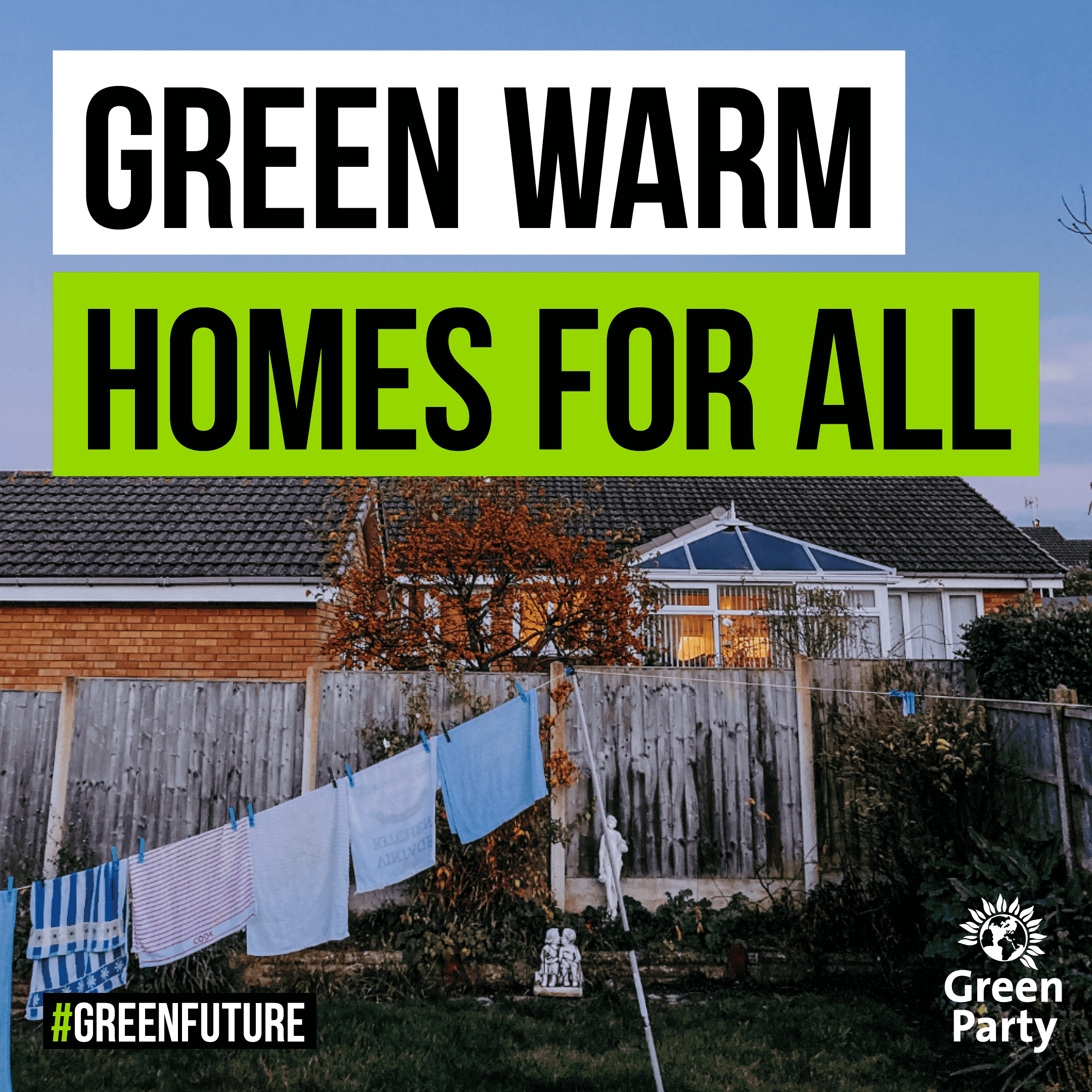 There are homes across West Yorkshire standing empty when they could be warm, green places to live.

Refurbishment and creating new homes - in the right place - would provide quality jobs for a #GreenFuture.

We would set up a ‘Green Building Fund’ to make sure all new homes are built to the highest energy-efficiency standards, saving tenants and homeowners money on their bills and that would be better for the environment too.

We will also ensure existing homes are brought up to high energy standards with a ‘Green New Deal Retrofit Demonstrator’ to show government the benefits of large-scale investment in retrofit projects.

Greens have a strong record of initiating retrofit projects. Andrew helped deliver the UK’s first free insulation scheme - the award winning ‘Kirklees Warm Zone’ which provided every home in Kirklees with free insulation. We want to see similar schemes rolled out to every home in West Yorkshire.

"Greens have a strong record of initiating retrofit projects. I helped deliver the UK’s first free insulation scheme - the award winning ‘Kirklees Warm Zone’ which provided every home in Kirklees with free insulation. We want to see similar schemes rolled out to every home in West Yorkshire." 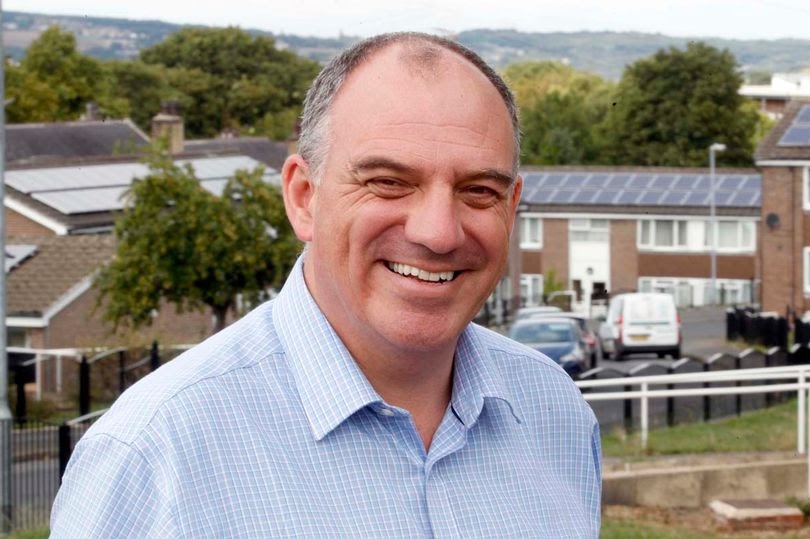 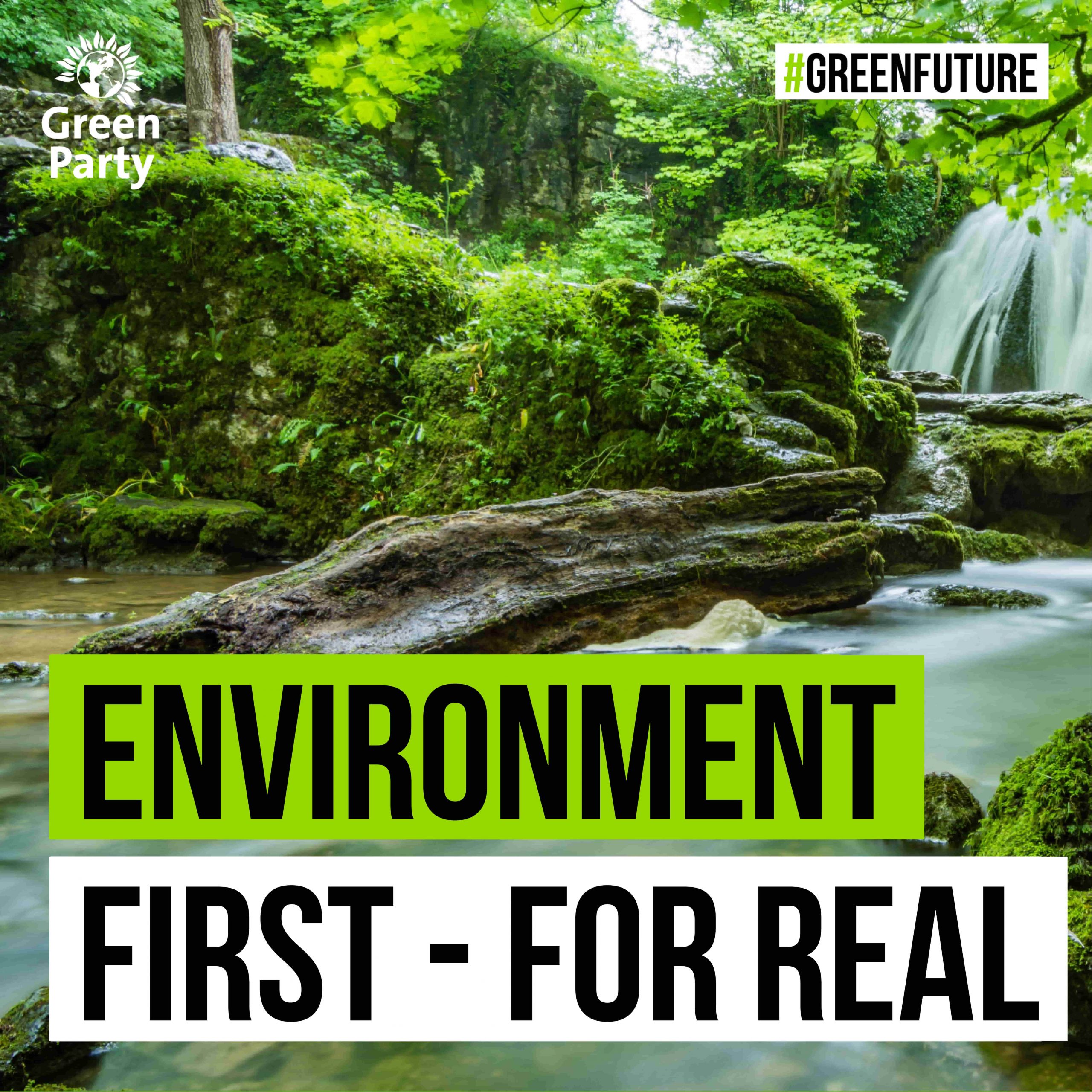 Greens can be counted on to put our environment first.

We are starting to see the impacts of climate change in our county. Development projects on greenbelt and greenfield sites are waved through with next to no scrutiny. Tree loss is blighting many communities and diminishing their quality of life. More areas are becoming subject to flooding due to climate change and the practice of building on flood plains.

We will set up a process whereby communities can alert the West Yorkshire Mayor when their localities are threatened by climate breakdown and nature loss so they can be involved in decisions and investments to protect and enhance their environments.

We would establish a green homes loan fund to help householders to install renewable technology in their home with no upfront costs.

Greens have been involved in the campaign to stop expansion of Leeds-Bradford Airport from the start. Airport expansion - approved by Labour and Conservative councillors from Leeds is completely blow our climate targets and anybody who supports it can't seriously say they're understanding the problems associated with climate change. 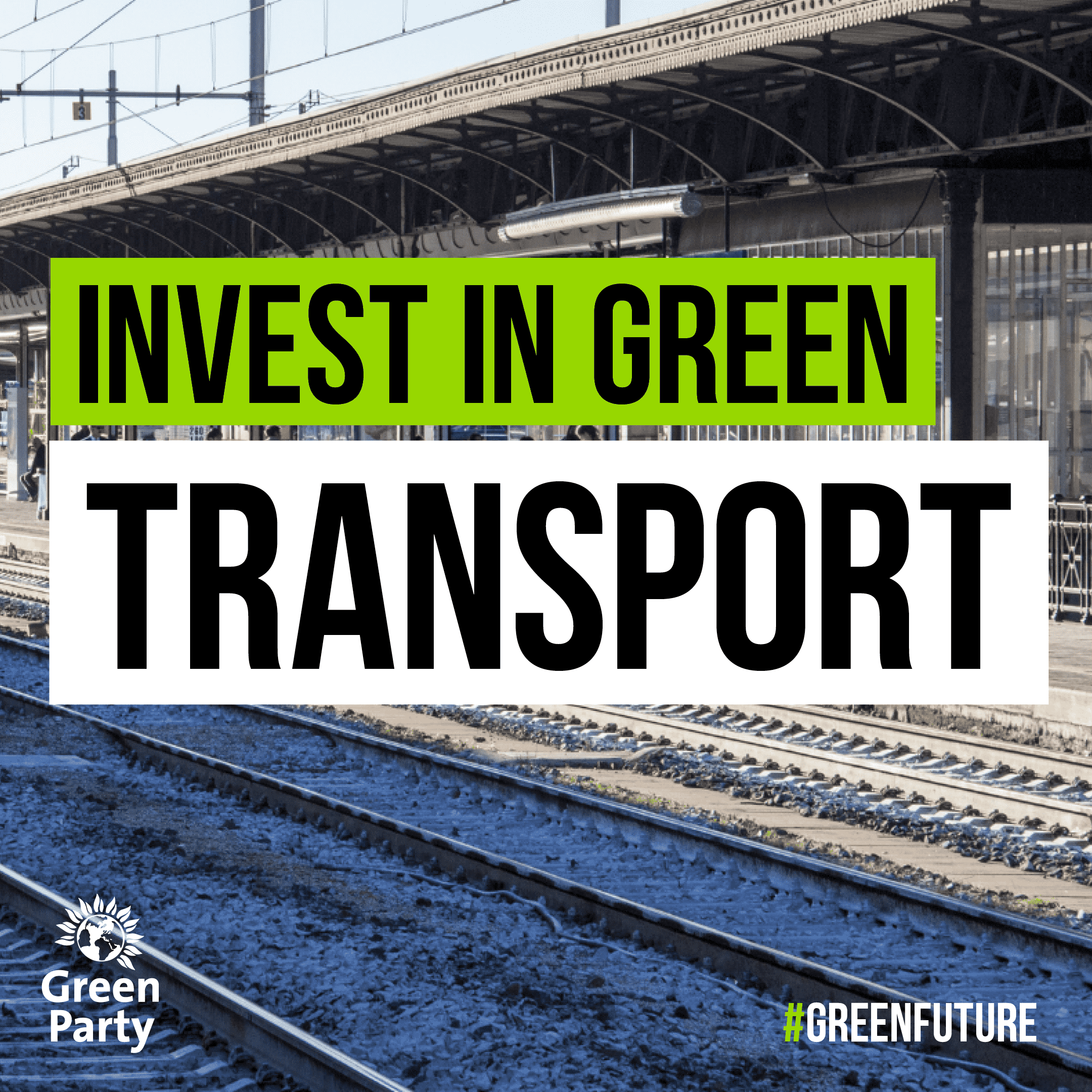 West Yorkshire is one of the most congested places in the country.

We will seek powers similar to the Mayor of London that will allow us take our bus services back into public ownership so we can ensure more affordable, more reliable, more convenient and more joined-up bus travel across the region. Ultimately, we’d like to see free public transport across West Yorkshire so that everyone has access to reliable, equitable transport.

Ultimately most of us are pedestrians and provision for them is often lacking. We would ensure that pedestrians - and cyclists - were considered in all appropriate investment decisions and that walking and cycling infrastructure such as paths, benches and signs are high-quality and maintained regularly. We would get the Queenbury Tunnel cycle scheme moving. 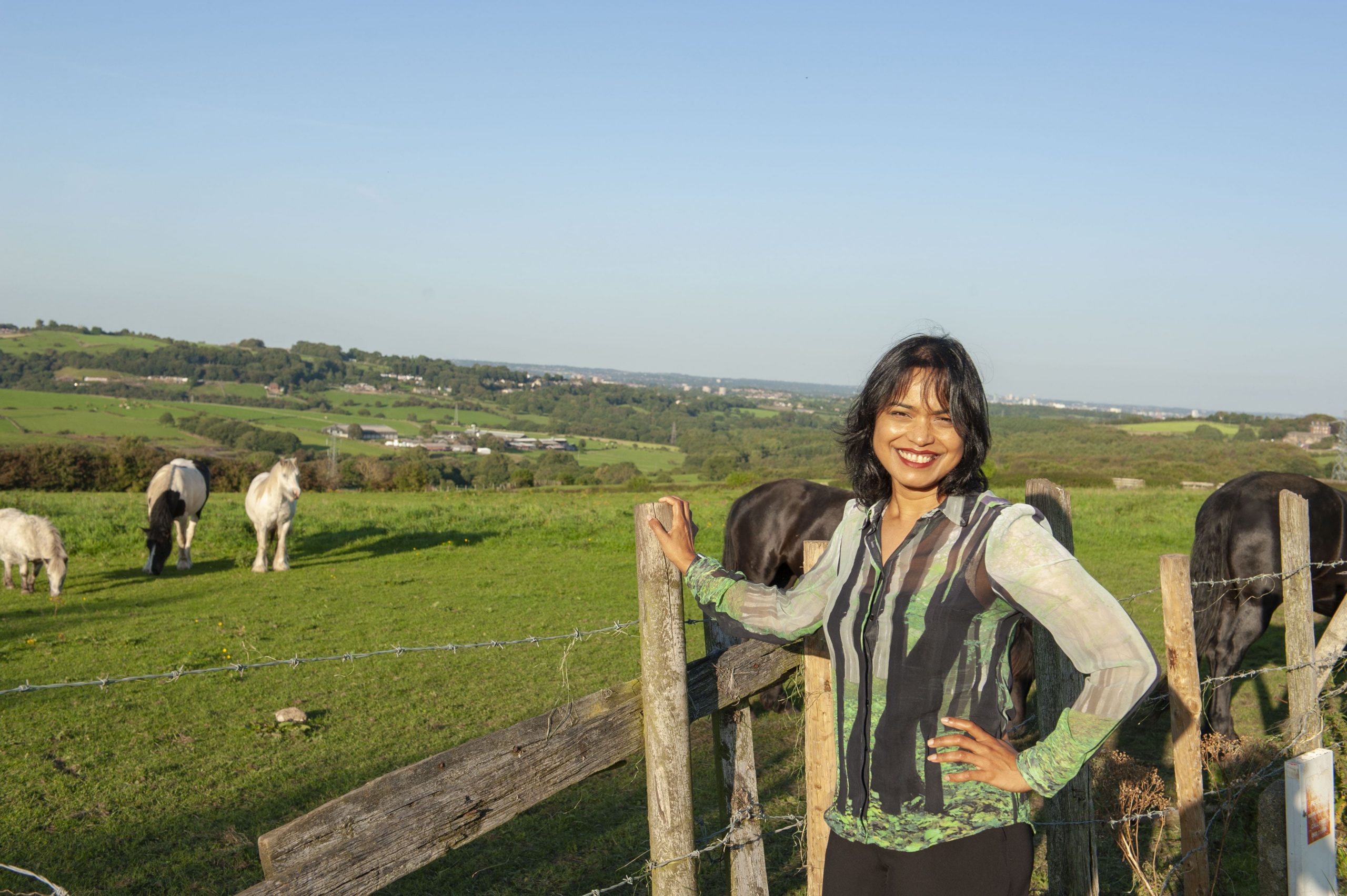 Many of our green spaces are under threat from unnecesary developments. Bradford Council's plans to build a road through the Tong Valley and allocate vast areas for housing must be stopped. Greens will make sure that no more money is wasted on this pointless project and the money is invested in green jobs, warmer homes and reliable and affordable public transport.” 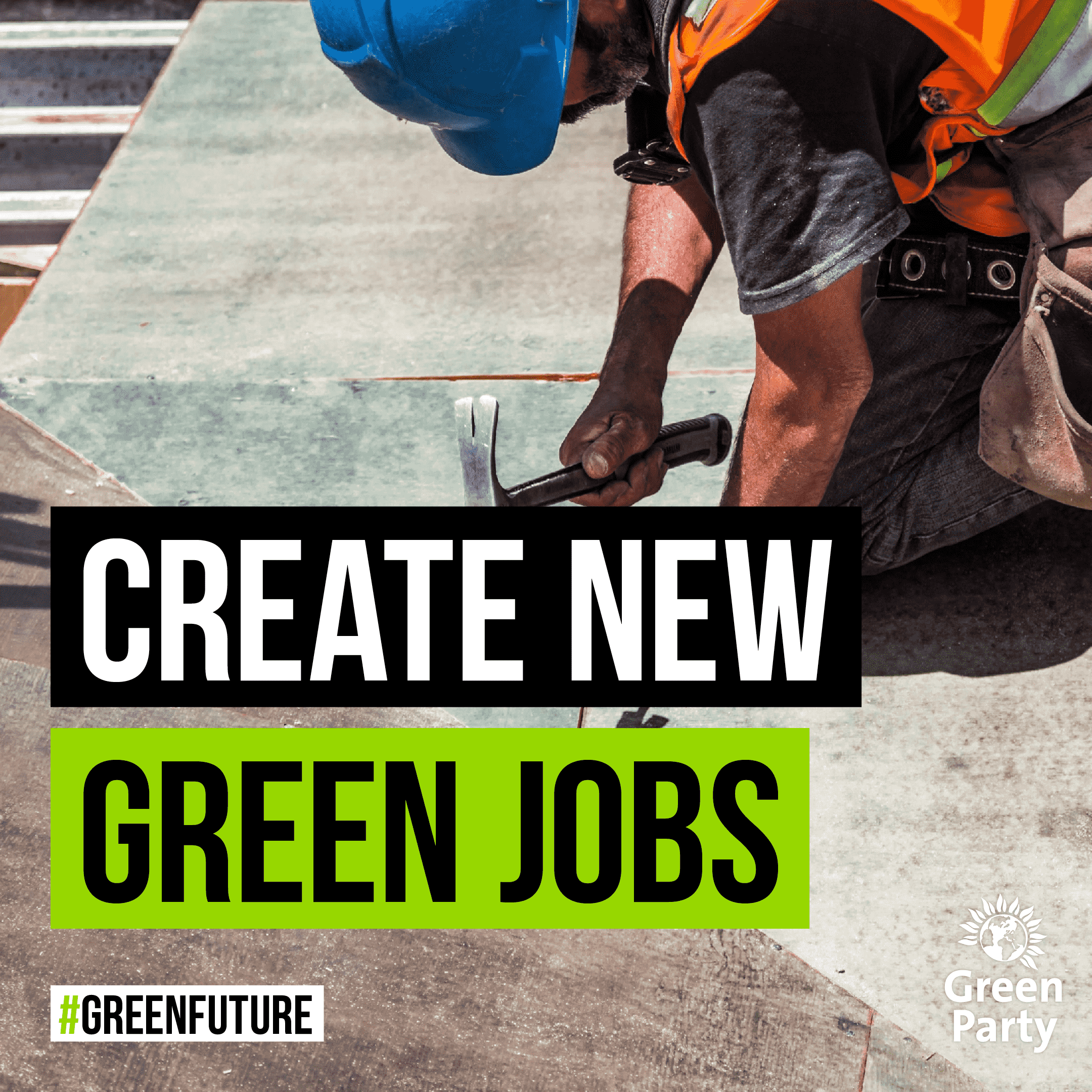 Green jobs are vital in a post-pandemic society as we transition to net-zero.

Our investment in green transport and housing outlined above will provide a massive increase in job opportunities. We estimate that the work required to retrofit buildings across West Yorkshire could generate 42,000 jobs alone.

A Green mayor would invest £2 million each year in programmes like apprenticeships to develop training and skills and help people access new jobs in the transition to a net-zero economy.

The Green Party has supported a Universal Basic Income (UBI) for many years and we would work hard to see it introduced in West Yorkshire. UBI is an unconditional financial payment to everyone at a level above their subsistence needs. UBI can open the door to opportunities that might otherwise be out of reach, eliminate job insecurity and help lift people permanently out of poverty. 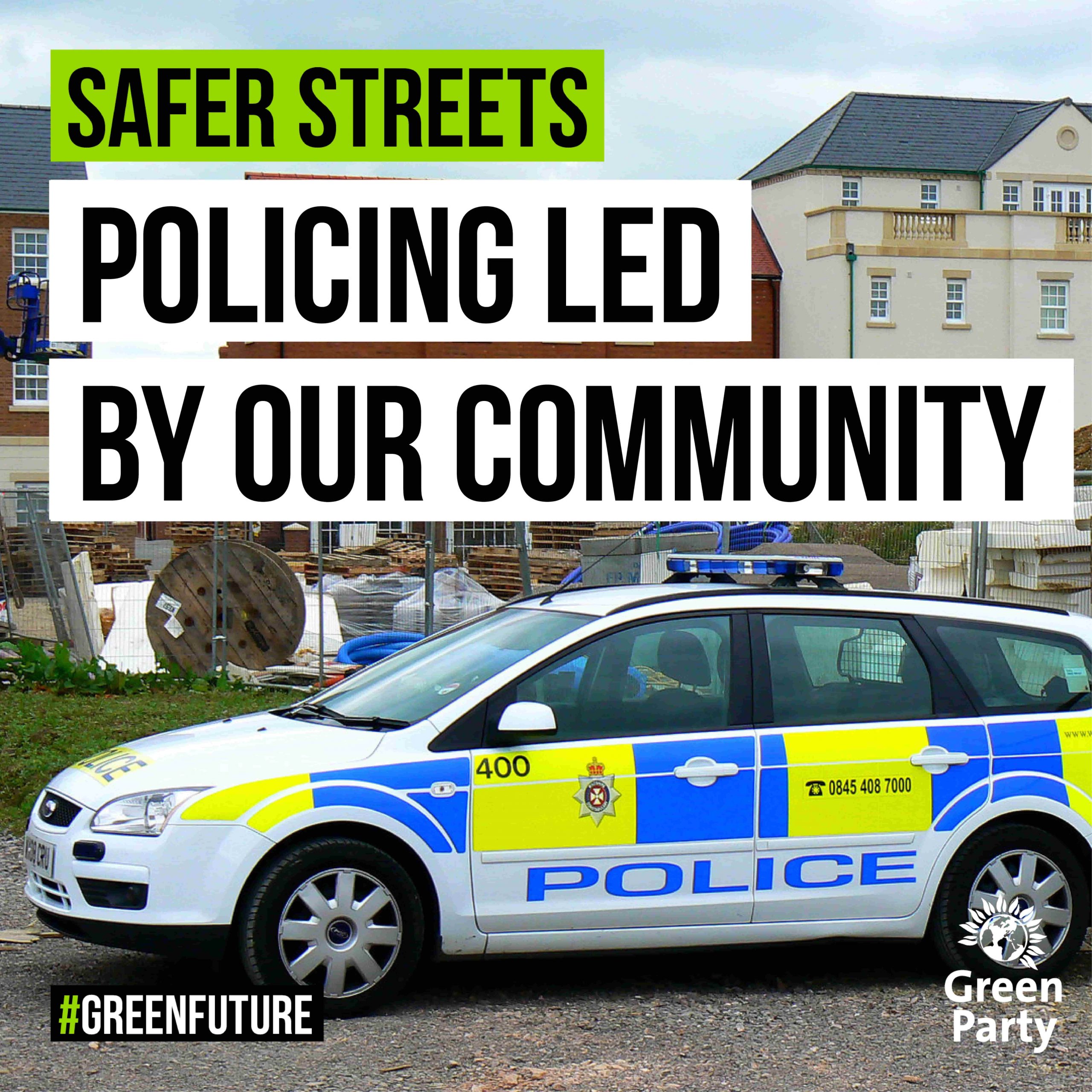 People across West Yorkshire must have more say in local policing priorities.

We will give the police the resources to tackle speeding and dangerous driving across West Yorkshire.

Many of our young people are being let down by years of austerity. Youth crime can not be tackled by discipline alone. We need universal access to high quality youth facilities and open spaces.

Greens will make sure our police represent all of us. This means ensuring the police force reflect West Yorkshire's diversity, including its ethnic diversity.

We will take a public health approach to the misuse of drugs in West Yorkshire, protecting individuals and communities. We will assist drug users out of the cycle of homelessness, drug use and criminality, through active support networks offering counselling and treatment.