A senior Green Party councillor has called for West Yorkshire Combined Authority to rethink its support for expansion at Leeds Bradford Airport following the Court of Appeal verdict today. 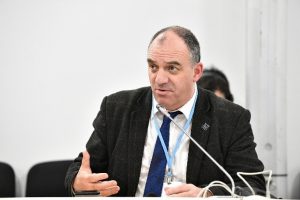 The court of appeal has ruled that plans for a third runway at Heathrow airport are illegal because ministers have failed to adequately take into account their own commitments to tackle climate change.

Councillor Andrew Cooper, leader of the Green Party on Kirklees Council has urged West Yorkshire Combined Authority to not use public money to help the multi-million pound expansion of Leeds Bradford Airport.

He said: “Today’s Heathrow judgement has serious implications for West Yorkshire Combined Authority and the councils here in Yorkshire that have supported airport expansion.

“The courts have said that climate change can no longer be ignored in policy decisions.

“West Yorkshire council leaders and councillors from the three main parties will have to stop paying lip service to our environment – one minute saying we need to do something about climate change and the next supporting projects we know will have catastrophic impact on increasing carbon emission.

“I am calling on West Yorkshire Combined Authority to meet and review their decision in light of this legal judgement.” 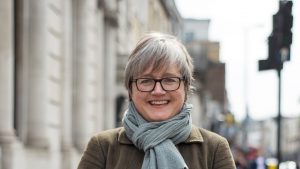 Green Party transport spokesperson Caroline Russell, who was at the court for the ruling, said:

"This decision shows business as usual has no place in a climate emergency. Of course we cannot expand aviation in the middle of a climate crisis.

"We are pleased the courts have upheld the will of Parliament on the need to tackle the climate emergency.

"It's fantastic this is the first time in the world the Paris Agreement has been used as the basis for a ruling and we hope it opens the door for more challenges to allow the people to take power back from big business and protect our planet.