A Green Party councillor has written to the Yorkshire Post to protest a wraparound advert from a hunting lobby group. 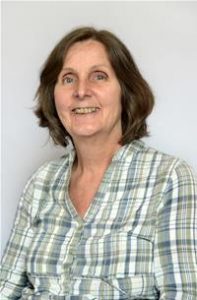 Councillor Ann Forsaith, a Green Party Councillor from Leeds has written to the Yorkshire Post to protest a recent wrap around advert from the group British Association for Shooting and Conservation (BASC)

In her letter, Councillor Forsaith has dismissed many of the claims from the group,

“Let us be very clear, despite the claims that have been published last week, the management of grouse moors for shooting is very damaging to the environment.

“Far from protecting biodiversity on our moors, the shooting industry is leading to the loss of biodiversity in favour of one species – the red grouse.

“The industry is linked to the mass killing of potential grouse predators such as foxes, weasels, stoats, crows and ravens, often in traps and snares that also trap many other animals, wild and domestic.

“Then, there’s the illegal shooting of rare and protected birds of prey happening up and down the country – coincidentally mostly near estates connected with grouse shoots.”

In its policy statements sets out its opposition to the hunting industry and all blood sports. The party is opposed to the killing of, or infliction of pain or suffering upon, animals in the name of sport or leisure, and pledges to work to end all such practices.