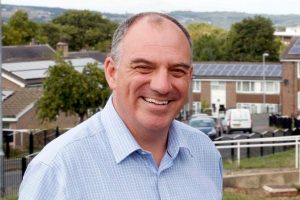 It has been revealed that under the Green Homes Grant only 5% of the allocated £1.5bn budget for householders has been awarded.
The scheme was launched in September and has already been extended to March 2022 as a consequence of the lack of takeup.

“There are serious questions that need to be answered about how the Green Homes Grants scheme can have been administered so poorly with a mix of snails pace administration and a severe lack of approved installers.

“I directed a householder in the ward I represent to the scheme when it was launched months ago and she still hasn’t got the go ahead despite all the necessary information being provided.”

The grants were intended to help 600,000 householders to make their homes more energy efficient and less CO2 intensive. The scheme offered vouchers up to the value of £5000 for private householders wanting to install solar panels, heat pumps and a wide range of insulation measures.

Councillor Cooper has proposed a new future for the Green Homes Grant under the new Mayoral Combined Authority,

“The West Yorkshire Mayoral Combined Authority has responsibility for skills and training and is taking a leading role in action to address climate change. It makes perfect sense to let West Yorkshire manage its share of the Green Homes Grant itself.

“We have a real opportunity to grow the skills to deliver renewable technology and insulation fitting right here in West Yorkshire ourselves. To do that it needs a sustained programme of support for training and development for local installers.

“This is a perfect example of where centralised control is failing and where a devolution could make a real difference.”